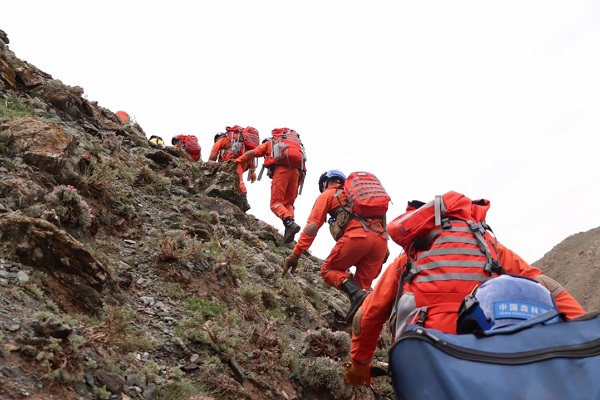 The deaths occurred when hail, freezing rain and gales descended on a high-altitude section of the Yellow River Stone Forest cross-country mountain race - in which 172 people took part - in the north-western province of Gansu.

With the deaths attributed by investigators to hypothermia as a result of the extreme weather, as well as unprofessional organisation and operation, punishments imposed on officials included major demerit ratings and disciplinary warnings

The head of the Jingtai local government area, where the race was held, was dismissed from her post.

Other organisers held accountable included the mayor of the city of Baiyin, to which the jurisdiction of Jingtai belongs.

A search-and-rescue effort was initiated when it became clear that runners were missing, with over 1,200 rescuers dispatched, assisted by thermal-imaging drones, radar detectors and demolition equipment, according to state media.

Among those confirmed dead was ultramarathon champion Liang Jing and Huang Guanjun, who won the hearing-impaired class in China's 2019 National Paralympic Games marathon.

Li Zuobi, the Jingtai county party chief, died near his apartment building on 9th June, Chinese state media reported, adding that the authorities have ruled out homicide while Li's death was still being investigated.
With Reuters