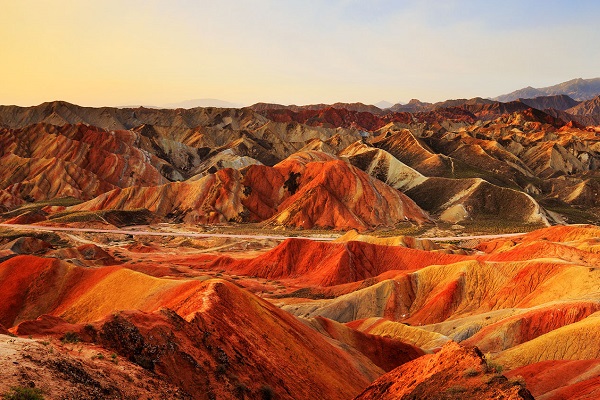 Chinese state media has reported that as the middle of the day on Saturday, a mountainous section of the race in Gansu province was hit by extreme weather with temperatures falling sharply, causing it to be halted.

With 172 participants having started the 100-kilometre race, 151 participants were confirmed to be safe, five with minor injuries.

The rescue headquarters advised “participants suffered from physical discomfort and loss of temperature due to the sudden drop in air temperature.”

Some runners went missing in the extreme weather around 1pm Saturday, when the race was halted.

Over 1,200 rescuers were dispatched, assisted by thermal-imaging drones, radar detectors and demolition equipment, according to Xinhua.

The operation was made difficult by low night time temperatures and the area's complex terrain.

The runners were racing on an extremely narrow mountain path at an altitude reaching 2,000-3,000 metres.

The course followed by the Yellow River Stone Forest cross-country mountain race is understood to be a relatively established one, having been held four times, according to an account posted online by a participant in the race who quit and managed to make his way to safety.

However, the extreme weather was not expected with runners not dressed for winter-like conditions, many wearing short-sleeved tops.

The competitor said on his WeChat account ‘Wandering about the South’, which has been viewed 100,000 times "I ran 2 kilometres before the starting gun fired to warm up … but the troublesome thing was, after running these 2 kilometres, my body still had not heated up

He later told The Paper that the forecast the day prior to the race did not predict the extreme weather they encountered.

The most difficult section, 24 to 36 kilometres into the track, climbed 1,000 metres. There, he said the path was just a mix of stones and sand, and his fingers grew numb from the cold.

When he finally decided to turn back, he already felt dazed. He said he was able to make it to safety and met rescue crew members.

Those farther along the path, who needed rescue, had fallen off deep into mountain crevices, according to a reporter for state broadcaster CCTV.

Yellow River Stone Forest is famous for its rugged mountain scenery marked by stone stalagmites and pillars, and is used as a location in many Chinese television shows and movies, according to the China Daily.

Image of the Gansu mountains courtesy of the Chinese National Tourism Office.

2nd January 2016 - Wanda Sports to establish global base in Guangzhou