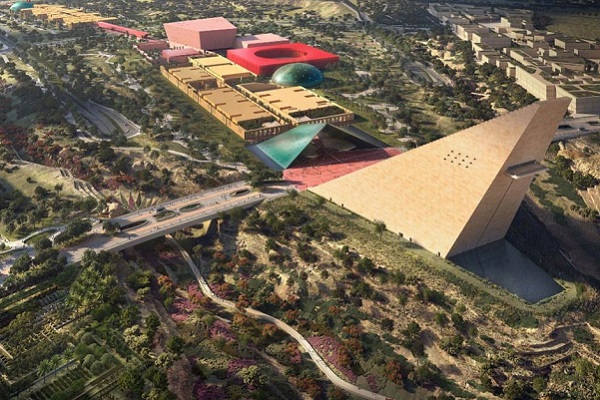 Saudi Arabia’s King Salman Park Foundation has begun construction on its Royal Arts Complex, which is spread across more than 50 hectares in the capital of Riyadh.

Designed by Spanish architect Ricardo Bofill, the complex is seen to set a balance between modern and traditional architectural values by embracing the Salmani architectural design, which honours the traditions of Saudi Arabia.

Once complete, the Royal Arts Complex aims to be the centre of Riyadh’s art and culture scene, contributing to the creation of a rich and varied cultural legacy, and providing visitors with one-of-a-kind experiences.

The complex is set to offer immersive experiences catering to culture and art in all its forms.

The Royal Arts Complex will comprise a museum, which will reach up to 106 metres in height and will represent the anchor asset of the complex.

The complex will also have a library, dedicated artist studios, as well as an institute that includes three academies, with its own 600-seat capacity auditorium.

Artists will also be provided the opportunity to showcase their talent in the Dome, which is set to be an architectural marvel and an exhibit in itself, due to its spheroid form. 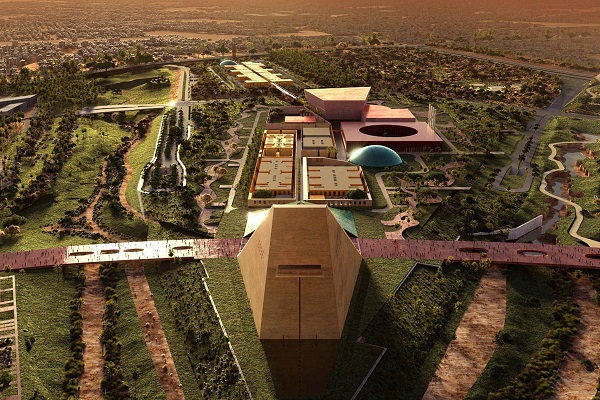 Visual entertainment at the Royal Arts Complex will come in the forms of the National Theatre - a multi-performance 2,300 seating capacity venue, as well as a medium theatre with a 650-seating capacity, and three cinema halls.

The park aims to improve the quality of life in the city, to support the realisation of Saudi Arabia’s Vision 2030, to create a vibrant and healthy society, and to boost the global ranking of Riyadh amongst the “world’s top liveable cities”.

King Salman Park covers more than 16 kilometre² and is characterised by its strategic location in the city of Riyadh, linked to several main roads, as well as the Public Transport Project, which includes Riyadh’s train and bus network.

Images: The Royal Arts Complex will include a museum, a library, dedicated artist studios, as well as an institute that comprises three academies with its own 600-seat auditorium. Credit: King Salman Park Foundation.