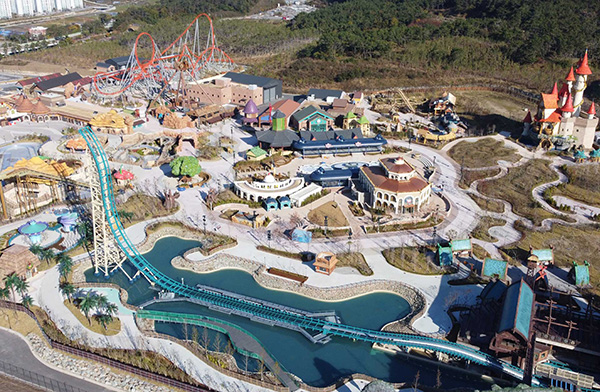 Despite the challenges posed by COVID, Legacy Entertainment - a leading entertainment design studio - is celebrating the close of a record year and reporting five major projects in various stages of construction around the globe, totalling over $1billion in capital investment.

The four owners of the privately-held Legacy recently shared an update on some of these latest developments:

Lotte World Adventure, Busan, South Korea
The latest chapter in the long-term creative partnership between Legacy Entertainment and Lotte World, South Korea’s beloved theme park operator, is being written in the southern city of Busan, where the final touches are being put on an all-new theme park. When the park debuts in early 2022, it will mark the 9th collaboration between the two companies to open to the public.

Marcus King, Legacy’s Director of Projects notes “Lotte World Adventure Busan will break the mould of what we’ve come to expect from new Asian theme parks over the last two decades. “Here, guests will find all the ‘wow factor’ that comes with the Lotte brand, but they’ll also be surprised by the amount of area we’ve dedicated to gardens, water features, and other passive features. It will be a perfect stage for the entire family to unwind and connect together.” 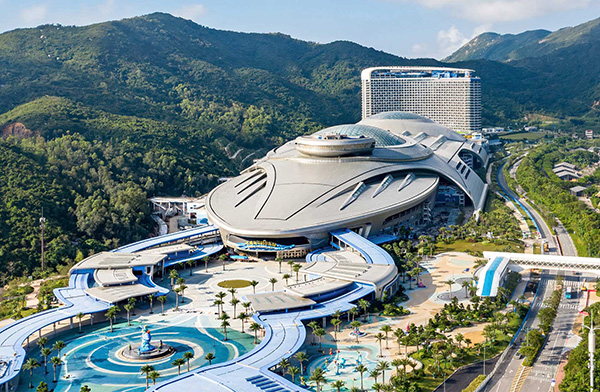 Chimelong Marine Science Park, Zhuhai, China
“It’s the type of project that could only happen in China,” says Eric Carnagey, Legacy’s Managing Director, discussing the colossal new Chimelong Marine Science Park, currently rising in the Chinese city of Zhuhai. With nearly four million square feet of area, not only will the park be able to claim the ‘World’s Largest Indoor Theme Park’ title upon its opening, but it will do so at over double the size of the previous record holder.

“This massive facility has been carefully designed as an experience intended to complement the neighbouring Chimelong Ocean Kingdom theme park,” adds Carnagey. “Visitors will be amazed to discover an experience completely distinct from the first gate next door, as they’re treated not only to attractions that are the firsts-of-their-kind in Asia, but also others that have never been seen anywhere in the world.”

Destination Dining
In June, Legacy Entertainment announced their ‘Destination Dining’ initiative as a response to the flood of developers approaching the firm for creative solutions to their retail-centric properties and projects. This past October saw the start of construction for the first of these projects.

Barry Kemper, Legacy’s Chief Operating Officer advises “we have been overwhelmed by the response to our ‘Destination Dining’ initiative. It turns out there is a huge appetite for projects which bring together elements of dining, shopping, and entertainment packaged with our signature creativity.” The firm hopes to release the first details of this project next month.

Designing the next generation of legacy projects
Beyond the developments currently under construction, the Legacy Entertainment team has been hard at work designing and planning its next wave of attention-getting creations. Taylor Jeffs, Legacy’s Chief Creative Officer, suggests that the best is yet to come, “this past year, we were extremely fortunate to have enjoyed a robust slate of highly-stimulating projects, from the world’s first theme park related to a beloved international automotive brand to an interactive sculpture garden to an all-new kind of park for one of the world’s largest operators – only to name a few. We are confident that Legacy will be wowing and shocking global audiences for many years to come.”

For more information go to legacyentertainment.com/