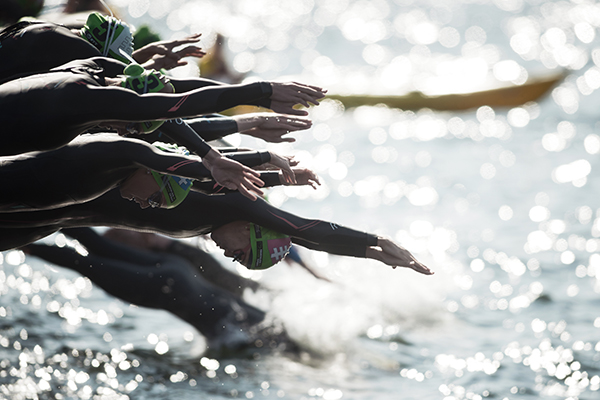 World Triathlon has voted to allow transgender women to keep competing in the female category with the new rules only applying to international competition.

This ruling contrasts to recent decisions from the governing bodies of swimming and rugby league. International Rugby League advised that athletes who have transitioned from male to female will not be allowed to participate in sanctioned international events until further research is conducted. The IRL’s ruling came after swimming’s governing body the International Swimming Federation (FINA) announced it intends to set up an “open category” to allow transgender athletes to compete in a separate class.

In a statement, World Triathlon said its new policy was approved by the majority of the executive board, although its vice-president, Ian Howard, and president of the athletes’ committee, Tamas Toth, voted against.

World Triathlon president and IOC member, Marisol Casado advised “we are a small International Federation, but one that has always had inclusion and gender balance in our DNA.

“The policy that we have just approved shows that we are prioritising the fairness principle but showing inclusiveness. It is fully aligned with the IOC’s recommendation, and similar to what other international federations have done in the last months.”

World Triathlon’s new policy will be introduced next month.

However, under World Triathlon’s new rules, trans women will face greater restrictions before gaining approval to compete internationally – including having to lower their testosterone levels for two years rather than one, as is the case now. A transgender athlete must demonstrate that the concentration of testosterone in the athlete’s serum has been less than 2.5 nmol/L continuously for a period of at least two years.

They must also now wait for at least four years after transitioning if they have previously competed as a male in any sporting competition rather than one.

World Triathlon is likely to face strong opposition from campaign groups for women’s sport, who have pointed to the science that overwhelming shows that transgender women retain significant advantages in speed, strength, lung capacity and endurance even after testosterone is reduced.

Triathlon Australia has worked alongside Sport Integrity Australia to adopt and implement the National Integrity Framework. The NIF came into effect as of 4th May 2022.

On 15th March 2022 the Triathlon Australia Board resolved to adopt the National Integrity Framework with Triathlon Australia seeking “to take a proactive approach to mitigate the integrity threats to triathlon in Australia and to provide a safe, fair, and trustworthy environment for all participants at all levels of triathlon.”

World Triathlon’s Executive Board has approved the Transgender Policy, following a period of consultation with the Medical Committee, Athletes Committee, Coaches Committee, Legal & Constitution Committee, Women’s Committee and the Equality, Diversion & Inclusion Commission, as well as multiple experts in the field and the transgender community.