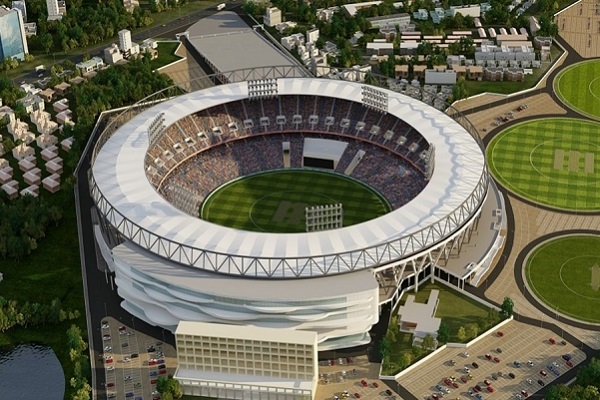 US President Donald Trump is to attend an inauguration event for the world’s largest cricket venue, the 110,000 capacity Motera Stadium in the city of Ahmedabad, during his upcoming trip to India.

With President Trump and First Lady Melania Trump to visit India on 24th and 25th February, the White House has confirmed the trip will include taking in the new stadium.

The President and First Lady are scheduled to travel to the Indian capital of New Delhi and Ahmedabad, in Indian Prime Minister Narendra Modi’s home state of Gujarat.

The trip is designed to further strengthen the United States-India strategic partnership, with the Motera Stadium event reportedly set to echo the ‘Howdy Modi’ public reception staged for the Indian Prime Minister in Houston during his visit to the USA in September.

President Trump participated in that event, which was attended by around 50,000 people, mostly Indian-Americans.

Under construction since January 2017, the Populous-designed venue is being built in collaboration with India’s top contractor, Larsen & Toubro and will be home to the Gujarat Cricket Association.

Indian newspaper The Hindu said President Trump’s visit will begin with the stadium ceremony, which will reportedly include a series of cultural pieces curated by “high-profile agencies and artistes”.

The state government of Gujarat is said to have directed that the 110,000-seat stadium bowl be filled, with an additional 15,000 people able to sit on the field.

Speaking to reporters yesterday, President Trump said Prime Minister Modi had told him at the weekend that millions of people will welcome him on the journey from the airport to the Stadium, comparing that to the 40,000-50,000 crowd that he claimed attended a rally in New Hampshire on Monday.

Once complete, Motera Stadium is set to replace the Melbourne Cricket Ground, which has a seating capacity of 95,000, as the world’s biggest cricket venue. Eden Gardens in Kolkata is currently India’s largest cricket ground with a capacity of 62,000.

The new venue will have 76 corporate boxes, four-team dressing rooms and associated facilities, a state-of-the-art clubhouse and an Olympic-size swimming pool.