Hosted at Dusit Thani Laguna Phuket, women’s hospitality event - ‘Mind The Gap’ – is pushing for gender equality in the hospitality industry as a study reveals that 90% of general managers in Thai hotels are men.

The event addresses the imbalance in the industry in leadership positions for highly qualified female executives.

‘Mind The Gap’ gathered more than 100 industry delegates to address the challenges faced by female hoteliers in Thailand. While most hotel groups have broad policies in place to ensure inclusivity and diversity, and despite the fact that women are reported to account for more than 53% of the global hospitality workforce¹, a recent study by C9 Hotelworks found that 90% of general managers in Thai hotels are male. This means that somewhere along in their career paths, women are hitting a glass ceiling.

This is not a problem exclusive to Thailand. In fact, Thailand is generally considered to be one of the world’s more progressive countries in terms of gender equality. One quarter (25%) of Fortune 500 companies in the kingdom have women in leadership positions, compared to only 8% globally.

But why, in the 21st Century, do these figures remain so uneven in the hotel sector and what steps do companies need to take to maximise the potential of their female associates? Are the right support structures in place for women to balance a career with a family? And more worryingly, is the hotel industry still influenced by old fashioned prejudices, with powerful females considered as being “pushy” or “over-ambitious”? 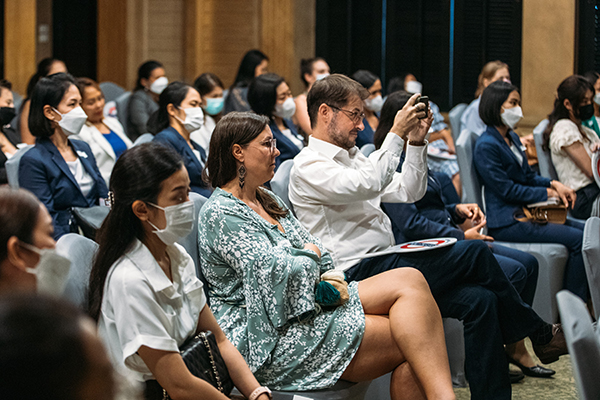 Mind The Gap addressed these important questions in a series of discussions and workshops that strived to challenge traditional thinking and create workable solutions. Attendees included some of the industry’s most prominent female leaders, including company founders, directors and hotel GMs, many of whom have faced discrimination during their careers. They were joined by hospitality students and graduates who are rightly concerned about encountering issues such as gender pay gaps and sexism when they enter the industry.

Topics included the development of career paths to senior leadership roles, support and resources available for women in the hospitality industry, the value of mentoring and education, how to maintain mental wellbeing, and achieving a positive work-life balance. The half-day event was introduced by Bill Barnett, Founder & Managing Director of C9 Hotelworks, and moderated by Sumi Soorian, Executive Director of Phuket Hotels Association.

Sumi Soorian noted “It is a shame that we are still talking about this subject in the 21st Century. Gender discrimination simply should not be present in the world today; we have successful female world leaders and politicians, company presidents and directors, philanthropists, scientists and so many more. Women don’t need to prove themselves anymore. And yet, nine in ten hotels general managers in Thailand are still men. Why?

“By hosting ‘Mind The Gap’, we wanted to push the gender agenda, ask difficult questions and force companies to take notice. Young women entering the industry today need to feel empowered and inspired; they need to be able to enjoy a meaningful and guilt-free professional career. I hope that the issues raised today will help them achieve this.”

Many of the delegates also took the opportunity to share their advice with young women embarking on a career in the hotel industry. Pamela Ong, who introduced her mentorship program for women, advised attendees to “stay away from negative influences and surround yourself with a good support network of peers, friends and family”, while Sornchat Krainara urged delegates to “speak out loud [and] not underestimate yourself”. Isara Pangchen, who achieved a scholarship from Cornell University’s General Managers Program, encouraged women to “always take the chance to learn, study and improve”. 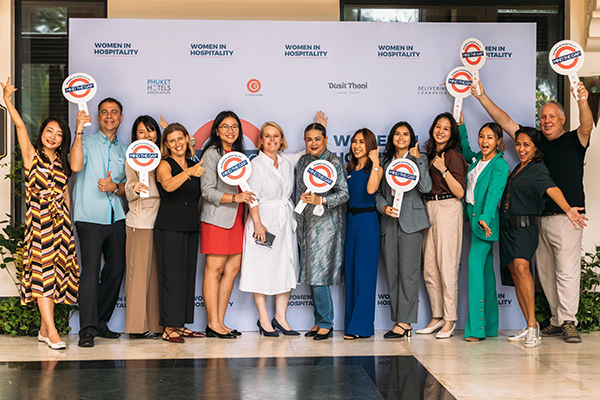 Mind The Gap was hosted by the Phuket Hotels Association, in partnership with C9 Hotelworks, Delivering Asia Communications and Dusit Thani Laguna Phuket.

Image centre: The event was attended by women and men alike

Image above: Senior hospitality leaders, graduates and students came together for Mind The Gap