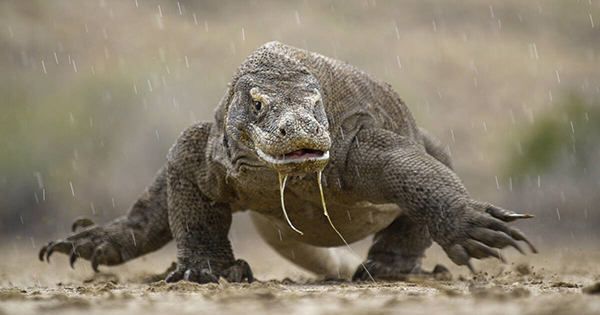 A significant increase in admission prices to see Indonesia’s Komodo dragons on Komodo and Padar islands at the World Heritage-listed site in East Nusa Tenggara province has resulted in Indonesian tourism workers going on strike with the government’s tourism department in NTT province claiming the price hike is needed for conservation and sustainability of the Komodo and their ecosystem.

Komodo National Park, located in the centre of the Indonesian archipelago, between the islands of Sumbawa and Flores, is composed of three major islands (Rinca, Komodo, and Padar) and numerous smaller ones, all of them of volcanic origin.

The fee to access Komodo and Padar islands of the Komodo National Park has increased 18 fold, from 200,000 rupiah (US$19) to 3.75 million rupiah (US$364) - a price rise that local workers consider will scare off tourists and see their incomes dry up.

Komodo dragons can grow up to three metres in length and can kill large prey with a single venomous bite. There are only about 1,380 adult Komodo dragons and a couple of thousand juveniles, according to 2019 estimates by the International Union for Conservation of Nature, with nearly 70% of the population living on Komodo and Rinca islands. The IUCN said that the dragons’ habitat is expected to dwindle by at least 30% in the next 45 years.

At a press conference on 11th July, Sony Libing, Head of the Tourism Department in NTT province stated “for the sake of conservation and the sustainability of the Komodo and their ecosystem, as a legacy for the world, then the government must continue with this policy” advising that the new price includes “conservation fees” and will allow tourists to visit the park as often as they like over a 12-month period while also contributing to local government’s efforts to maintain the dragons’ ecosystem, including waste management and monitoring across the islands.

However, according to Leo Embo, a tour guide who belonged to one of 24 local workers' associations currently on strike over the ticket prices, the increase “has caused uncertainty among us. We decided to go on strike, even when we're suffering from a loss here … this might as well be suicide."

KompasTV recently showed footage of a stand-off between police and demonstrators with local media reporting large numbers arrested and with tourism minister, Sandiaga Uno urging workers to hold talks with the government.

According to the Association of Indonesian Tour and Travel Agencies, thousands of domestic and international visitors cancelled their planned visit to the island after news of the price rise emerged.

"The public reaction to reject the plan also had an impact on visiting tourists," Ignasius Suradin, the head of the association told Antara news agency.

Suradin estimated that the accumulated losses due to cancellations had reached 1 trillion rupiah ($97 million).

However, Arab News is reporting that Indonesian President Joko Widodo, during a visit to the national park last week, stated tourists can still visit Rinca island and pay the old fee.

President Widodo told media “we want conservation, but we also want (to boost) the economy through tourism, through tourists, so this must be balanced.

“If people want to go see the Komodo, please visit Rinca island, there are Komodo dragons here. When it comes to how much it costs, it will remain the same.

"But those who want to see the Komodo dragons on Komodo island will have to pay a different fee.

“It’s as simple as that, don’t convolute the matter.”