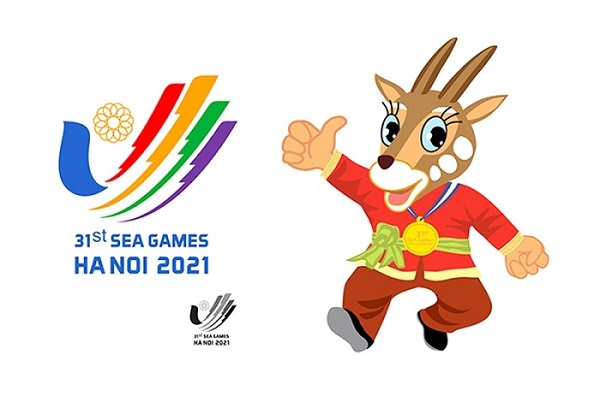 The SEA Games Federation has advised that Vietnam’s staging of the 2021 Southeast Asian Games in November and December is to be postponed until as a result of the country facing a worsening COVID-19 situation.

Scheduled to be held in the capital city of Hanoi and 11 other locations from 21st November to 2nd December, the multi-sport event, was due to see the attendance of over 10,000 athletes, coaches and other participants.

Due to feature 40 sports, Vietnam, which last hosted the SEA Games in 2003, had drawn together a budget of US$69 million to host the Games.

However, with Vietnam is struggling to contain a new Coronavirus outbreak, and with several SEA Games events were planned in provinces hard-hit by the fresh wave of infections, Varin Tansuphasiri, Games Council member and Deputy Secretary of the Thai Olympic Committee, advised today that the Games will most likely be held in 2022, with Vietnam proposing to host the Games in April or May next year.

Tansuphasiri explained “the 31st SEA games will not (be hosted) this year as scheduled in November.

"Vietnam wants to postpone the Games until next year, 2022."

While Vietnam appeared to be one of the world’s most successful nations in dealing with COVID-19 last year, a rising number of recent cases has seen the Ho Chi Minh City in the south of county - with a population of 9 million people - enter lockdown for two weeks as of today.

Hanoi, which was to be at the centre of the SEA Games, has had fewer cases but on Thursday suspended transport links with at least 14 cities and provinces to fight the virus' spread.

Virus clusters have appeared up and down the country, including in the northern industrial provinces of Bac Ninh and Bac Giang, where Games events were due to take place.

In Bac Giang, a venue that was to have hosted SEA Games events has been turned into a temporary hospital.

Commenting on the status of the Games, the Olympic Council of Malaysia advised in a statement “The SEA Games Federation members praised the work done thus far by the Vietnam Organising Committee but took note of the current conditions of the COVID-19 pandemic in the South-East Asian region.

“A new date will now be determined by the SEA Games Federation Council.”

However, rescheduling the Games will be a challenge with 2022 set to be a busy year for multi-sport events.

Explaining that it was not straightforward to find a suitable time in next year's sporting calendar, Tansuphasiri noted “there's already too many games next year," citing the Beijing Winter Olympics in February 2022 and the Commonwealth Games in July next year.

Major events set to involve nations from South East Asia next year include the 2022 Asian Games, due to take place in Hangzhou, China from 10th to 25th September and the Commonwealth Games in the UK from 28th July to 8th August while China will host the 2022 Winter Olympic and Paralympic Games from 4th to 20th February.

As well as Olympic disciplines, SEA Games events include billiards and snooker, bodybuilding, chess, bowling and kurash, an ancient form of Uzbek wrestling.

At the 2019 SEA Games, the Philippines, the host nation, topped the medal table, with 149 golds. Vietnam came second with 98 gold medals.

The 2023 SEA Games are scheduled to be helf in Cambodia.

Image: The official logo and mascot of the 31st SEA Games.

8th July 2021 - No spectators to be allowed at Tokyo Olympics

22nd May 2020 - Vietnamese clubs set out golfing route to recovery