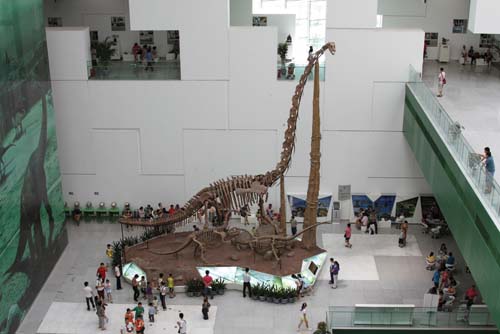 Museums are powerful generators of cultural capital with cities and local communities looking at museums as an anchor for revitalisation and regeneration, according to the recently expanded Themed Entertainment Association (TEA)/AECOM Theme and Museum Index.

Recognising that museums represent a very important category of the leisure market with clear commonalities to commercial attractions, the TEA/AECOM report has been expanded to include attendance numbers for top museums in Europe, North America and Asia.  Introducing the findings from the report, AECOM Vice President Linda Cheu explained "in the Middle East and Asia, the role of museums in driving tourism has caused a sea change in how they are perceived from an economic impact perspective.

"A world-class city must have world-class museums, and therefore museums are building blocks for cities such as Singapore, Macau, Beijing and Jakarta as they work to become top international destinations.

"China plans to establish 1,000 new museums in the next 10 years, and by 2020 total museum attendance in China is projected to be 1 billion.

"The Chinese government recently instituted laws mandating free admission to museums in that country (and, as a result) museums are slowly shifting from displays of antiquities to places with more visitor-oriented, interactive exhibits that make use of technology."

Attendances, both paid and free, at Asia's most visited museums are:

Expanding on the growth of museums, Cheu adds "reinvestment is a key factor in fostering attendance at museums just as it is for commercial attractions, and so museums must call on their non-profit funding sources to reinvest.

"There is plenty of motivation to do so when one takes into account their value to the local community as an educational force, local economic engine and development catalyst. 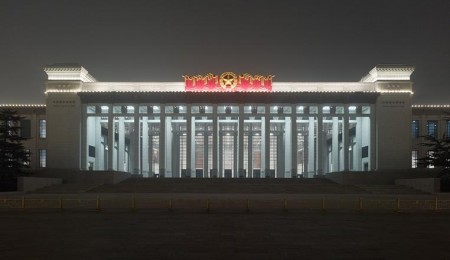 "Everyone stands to benefit from a fuller understanding of just how much museums contribute.

"Museums are powerful generators of cultural capital. Cities and local communities and their elected officials look to museums and other cultural anchors as a way of revitalising neighbourhoods, and recent studies confirm their social and economic impact. They spend locally, and they help make cities more attractive for broader economic efforts.

"There is a strong and documented connection between the success of art and culture, and regional economic success. We found that museums are drivers of economic growth and community revitalisation in a way that goes far beyond traditional economic impact analysis. Museums support creative industries, and also play an important role in helping cities attract a well-educated work force – the 'creative class', and the kinds of businesses that employ them.

"Many recent publications and research support the link between museums and the economy. In her book, 'The Warhol Economy', Elizabeth Currid identifies the culture and arts industry, the fourth largest employer in New York City, as New York City's true competitive advantage, with a more important role than the finance industry in supporting the local economy.

'Cultural prowess and economic success are increasingly seen as interlinked. Those cities with historically strong cultural offers, such as London, New York and Paris, see culture as a vital part of their economic strength.'

"This is expressed in two ways.

"Firstly, the commercial forms of culture - the creative industries - make up a large and growing share of the economies of large cities. Given the challenges facing some other sectors of the economy … the creative industries represent a large source of employment, exports and tax revenue that needs to be better understood by policymakers in both the cultural and economic fields.

"The second contribution of culture to urban economies is, if anything, more fundamental. Culture in all its diverse forms is central to what makes a city appealing to educated people and hence to the businesses which seek to employ them. In the globalized knowledge economy, having a well-educated workforce is the key to success … A rich and vibrant culture thus also becomes an indirect source of economic success."

Explaining the expansion of the TEA/AECOM Theme Index into the TEA/AECOM Theme and Museum Index, AECOM Senior Vice President - Economics John Robinett stated "(museums) compete for people's time and money in similar markets; they cater to families; they help drive tourism; and they play a cultural and economic role in their communities.

"Increasingly, museums are focusing on the guest experience, operations, and marketing in ways that mirror commercial attractions. While their markets are not identical, they overlap and are similar in scale, both court group attendance.

"(And) although museums are (generally) non-profit entities with educational missions, earned revenue streams are important to them - especially as government funding sources have receded.

"Tracking their attendance from year to year and studying the growth factors, as we do with theme parks and water parks, will help convey a picture of the dynamics that is instructive to both sectors."

Click here to read the the TEA/AECOM Theme and Museum Index, released by the Economics practice at AECOM (formerly Economics Research Associates) and the TEA.

Images: The China Science and Technology Museum (top) and the exterior of the National Museum of China (below).