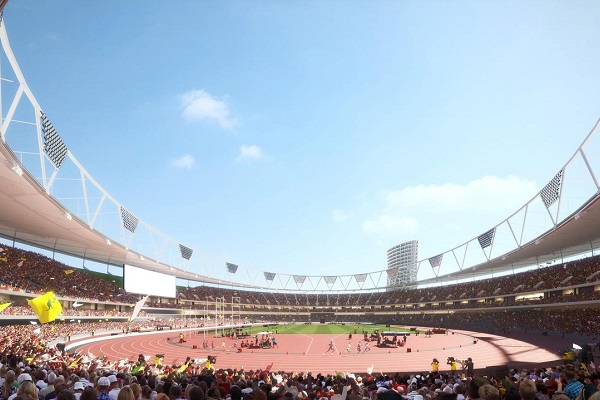 The prospects of Brisbane hosting the 2032 Olympics have taken another significant step forward with the executive board of the International Olympic Committee (IOC) unanimously backing the city’s hosting proposal.

Having named Brisbane as the preferred host for the 2032 Games in February, the IOC board's proposal now goes to the body’s session before the Tokyo Olympics next month.

Announcing the latest step in the move to host the 2032 Games, IOC President, Thomas Bach stated "it is in the hands of IOC members to vote now on July 21.

"This commission looked in depth in all aspects of Brisbane 2032 ... as well as the strong support across the entire political spectrum in Australia," he said.

Chair of the Future Host Commission for the Games of the Olympiad, Kristin Kloster Aasen, said Brisbane 2032's case aligned with "social and economic development plans", noting “the project centres on delivering the best possible conditions for sport and the athletes in a sport loving country with proven experience in hosting successful major sports events such as the Commonwealth Games in 2018.

"The Commission is satisfied that the guarantees provided by Brisbane 2032 are comprehensive and thorough.

"They demonstrate a strong support by all three levels of government and address all relevant matters."

Details on the Brisbane 2032 submission were released along with the IOC Future Host Commission’s recommendation early this morning.

The submission provides high-level concepts only, which will be subject to further detailed planning and refinement should the Brisbane 2032 proposal be accepted by the IOC.

Queensland Premier Annastacia Palaszczuk said hosting the Games - which would be titled ‘Brisbane Queensland 2032’ - would boost tourism, bring in $8 billion in infrastructure upgrades and create more than 130,000 jobs.

Several cities and countries had publicly expressed an interest in the 2032 Games including Indonesia, Budapest, China, Doha and Germany's Ruhr valley among others.

However, in a new process that does not openly pit cities against each other, Brisbane had already moved ahead of any rivals in February, having won praise from the IOC.

If Brisbane is elected, as expected, it would become the third Australian city after Melbourne in 1956 and Sydney in 2000 to host the summer Olympics.

The IOC overhauled its bidding rules in 2019 to reduce costs and make the process easier for cities.

As a result, there are no official candidate cities campaigning ahead of the vote as has been the case in the past.

Brisbane’s bid is based up hosting Games events across south-east Queensland at more than 30 venues in Brisbane, the Gold Coast, Sunshine Coast, Logan, Ipswich and Redlands.