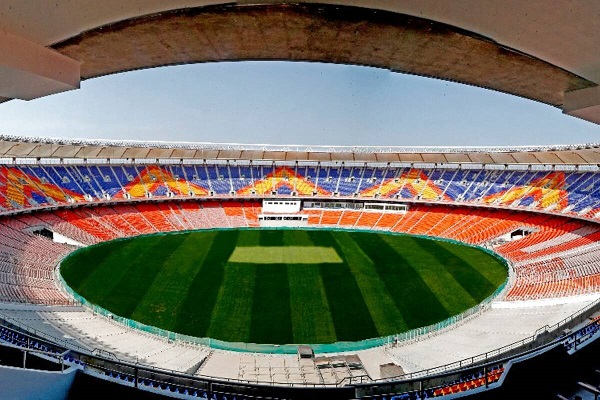 The new-look Motera Stadium in the Indian state of Gujarat has today been confirmed as the world’s largest cricket venue, while also revealing its renaming as the Narendra Modi Stadium in honour of the country’s President.

The news was announced as India and England took to the field at the 110,000-capacity stadium in Ahmedabad - which is staging the third and fourth Tests between the two countries.

Designed by Populous in collaboration with Indian contractor, Larsen & Toubro (L&T), the venue is home to the Gujarat Cricket Association (GCA).

Built at an estimated cost of Rs 800 crore (US$110 million), the Narendra Modi Stadium complex is spread over 25 hectares and includes warm-up and community facilities.

11 different wickets are being curated by the Gujarat Cricket Association, with the same soil used for both the playing and practice pitches. There are also four sets of dressing rooms for the players, each with an in-built gymnasium and other facilities. 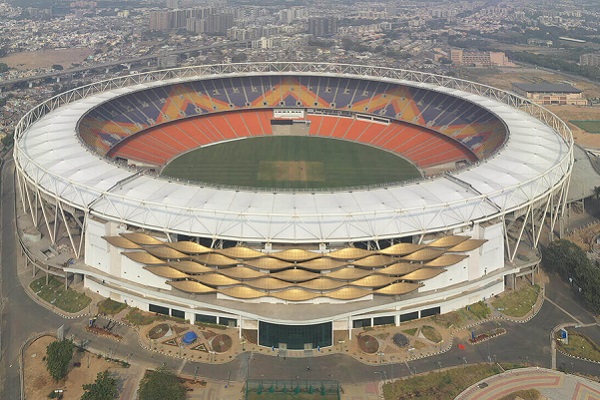 It is also the first stadium in India to have LED lights that are uniquely designed and placed in clusters that will eliminate shadows of the players on the ground and has been the Gold Green Building rating by the Indian Green Building Council.

Present at the inauguration, Indian Sports Minister, Kiren Rijiju stated “not just for cricket but it's a proud moment for India. Besides being the largest cricket stadium, it's also one of the most modern stadiums in the world. Ahmedabad is turning out to be the 'sports city' of the country.

"As children, we used to dream about the world's largest stadium in India. And now as Sports Minister, my happiness knows no bounds that this has finally happened.”

Commenting on the project when the venue opened, lead architect and Populous Senior Principal, Andrew James stated “cricket is the biggest sport in India and this stadium has been designed to bring together as many fans as possible, creating an incredible atmosphere for international cricket, IPL matches through to regional and community games.

“Every one of the 110,000 seats has uninterrupted sightlines of the field and pitch and with a deliberate round, open stadium providing 360-degree views, you feel you’re a part of what’s happening.

“Drawing on our expertise with cricket and major sports venues around the world, the bowl design consists of two large seating tiers, each with approximately 50,000 general admission seats, designed to fill the lower levels for smaller events and still bring that sense of occasion, the sight and the sound to make every experience a special one.”