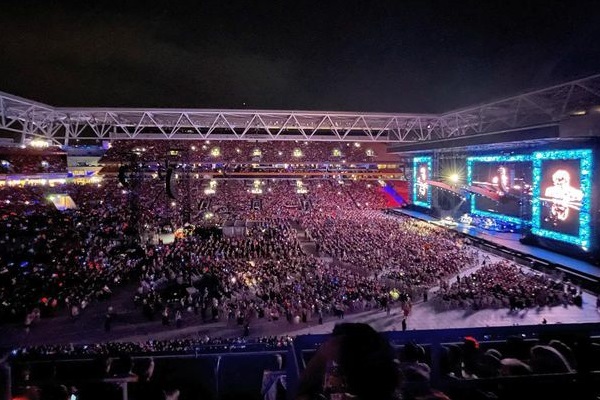 Having completed the final Australian dates of his multi-year goodbye tour at Brisbane’s Suncorp Stadium on Saturday night, and now heading to perform three shows in New Zealand, it has been reported that Elton John’s Farewell Yellow Brick Road tour is poised to become the highest-grossing tour of all time.

As reported by USA-based entertainment publication Pollstar, box-office grosses for the pandemic interrupted world tour - that began more than four years ago - are now within reach of the all-time record established by Ed Sheeran with the completion of his ‘Divide’ tour.

Heading to New Zealand to perform three shows over the coming days, one in Christchurch and two rescheduled shows in Auckland, the Australasian leg of the Farewell Yellow Brick Road tour - presented by Chugg Entertainment, Frontier Touring and AEG Presents - has also included ‘encore’ performances in Newcastle, Melbourne, Sydney and Brisbane.

Comprising over 300 shows across five continents, the Farewell Yellow Brick Road tour began in North America and included 42 performances in 2018, then 111 more in 2019 and another 25 in 2020 before the onset of the COVID-19 pandemic halted the tour.

He returned one year ago and completed 93 concerts in 2022, capping a blockbuster year on the road with three sold-out shows at Dodger Stadium in Los Angeles in November. With $273.8 million in grosses reported to Pollstar last year, his tour ranked second among the Top 200 Worldwide Tours of 2022. 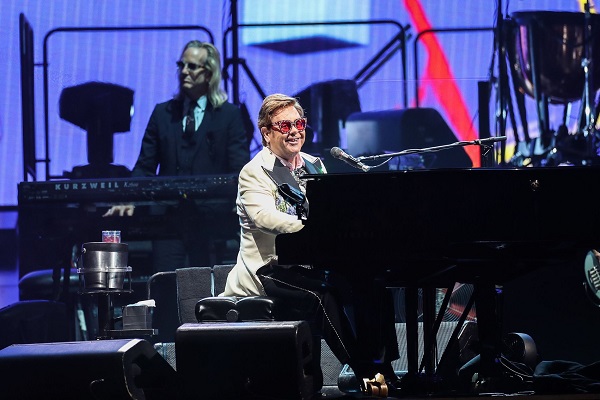 Elton John’s two concerts at Sydney’s Allianz Stadium on 17th and 18th January, marking his farewell to the city, and having earlier appeared at the then Bankwest Stadium, Qudos Bank Arena and ICC Sydney.

The 38 shows on the first Australasian leg of the tour are understood to have recorded up a gross average of US$3.13 million at the stadiums on the itinerary and about US$2 million at the arenas, wineries and other outdoor concert sites.

Using those averages to estimate possible sales on this month’s all-stadium run, Pollstar suggests he could potentially add another $30 million to the tour coffers by the time he plays his last show on the continent at Auckland.

Elton John’s first (and last) performances at Newcastle McDonald Jones Stadium on 8th and 10th January has been estimated by Newcastle City Council to have injecting more than $12 million into the local visitor economy.

Of the more than 50,000 tickets sold for two performances, 11,000 tickets were purchased by visitors from outside Newcastle, 2,000 from interstate and more than 120 by international visitors.