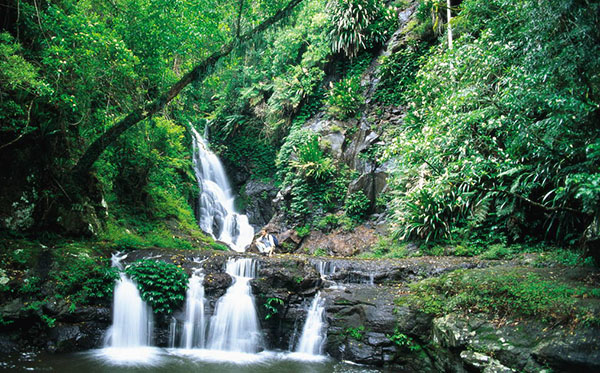 Australian conservation groups have written to the Director-General of UNESCO, warning the international body of “alarming moves by the Australian Government to weaken legal protection for Australia’s 20 World Heritage listed properties.”

The letter advises UNESCO Director-General Audrey Azouley that the Australian Government “is rushing a bill through the Australian Parliament that would hand its national development approval powers… to state and territory (provincial) governments.”

As a ratified signatory to the World Heritage Convention, the Australian Government has international legal responsibility to identify, protect, conserve and transmit to future generations its World Heritage sites, which include the Great Barrier Reef, the Gondwana Rainforests, the Ningaloo Coast, the Tasmanian Wilderness and the Wet Tropics.

Australian Conservation Foundation Chief Executive, Kelly O’Shanassy advises “Australia’s World Heritage Areas are important homes for threatened wildlife like the koala, the cassowary and the grey-headed flying fox, but the plan to hand environmental powers to states and territories would make these species and their habitats more vulnerable than ever.”

Environmental Justice Australia co-Chief Executive, Nicola Rivers notes “weakening legal protection for these areas – some of the most important and significant natural and cultural sites in the world – would be an international shame for Australia and send a shocking message that one of the wealthiest nations can’t manage to safeguard its 20 World Heritage sites.”

Wilderness Society National Laws Campaign Manager, Suzanne Milthorpe adds “It’s clear protections for Australia’s globally unique natural and cultural heritage are sorely lacking and we’re looking to the Morrison Government to demonstrate that it is willing and able to address these shortcomings.”

Birdlife Australia Chief Executive,Paul Sullivan agrees with the above other conservationists and explains “Australia played a key role in securing World Heritage listing for migratory bird sanctuaries in China’s Yellow Sea, but we risk losing World Heritage sites in our own backyard if state governments and greedy developers get their hands on Australia’s nature laws.”