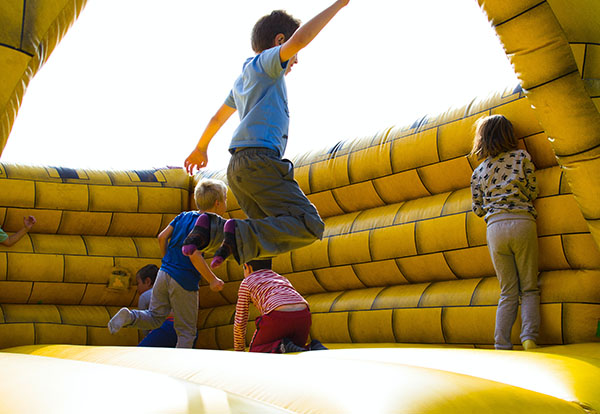 The standard (F2374) establishes criteria for the design, manufacture, installation, operation, maintenance, and inspection of commercial use inflatable amusement devices. These devices are designed for patron activities that include, but are not limited to, bouncing, climbing, sliding, obstacle course running, and interactive play.

Marcelo M. Hirschler, GBH International President advises “The ASTM standard is being introduced into safety codes because of the potential for harm that can occur with these devices, including fires if the fabrics are not sufficiently protected from ignition and flame spread and the threat of collapse if insufficiently anchored.”

New language will be incorporated into the 2024 edition of the IFC code requiring inflatable amusement devices be “designed, anchored, operated and maintained in accordance with the manufacturer’s instructions and the requirements of ASTM F2374.”

The International Code Council issues the IFC, which is in use or adopted in 42 U.S. states, the District of Columbia, Guam, Puerto Rico, and the U.S. Virgin Islands.