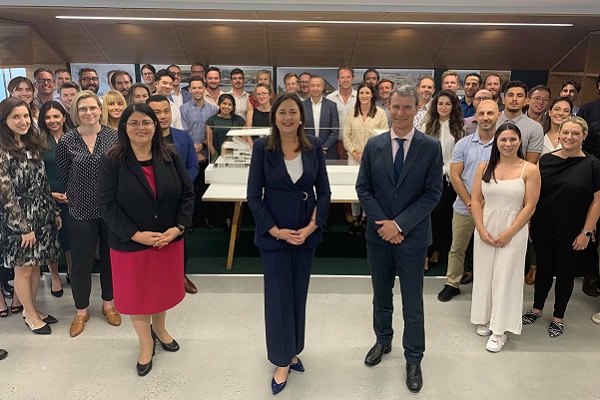 Premier Palaszczuk joined local staff and clients as well as offshore team members for a ceremony in the Populous Adelaide Street offices.

Opening the venue, Premier Palaszczuk stated "this internationally renowned architectural firm which has designed Olympic and other outstanding facilities around the world, as well as some of our favourite local venues, makes Brisbane their main office in the Asia Pacific.

“Populous has been at the top of their game for decades and today’s opening is the start of new and exciting things as they look to the future - just as we are moving further along the road to hopefully hosting the Olympics in 2032.

“Populous has a proven track record not only in designing Summer and Winter Olympic and Paralympic Games venues such as the London Olympic Stadium, but in planning events and Olympic bids.

“Since 2014, Populous has been working with the Tokyo Olympic and Paralympic Organising Committee, advising on planning and design for all competition venues.

“So today is a proud and timely moment for the owners and staff, working on the very best of Olympic and other worldwide projects from new premises right here in Brisbane.”

Noting that Queenslanders locally would know Populous as the designers of Suncorp Stadium, Metricon Stadium on the Gold Coast and the Queensland Tennis Centre at Tennyson, Queensland Minister for Education Grace Grace noted "but it’s their export work that now accounts for 80 per cent of their earnings, and the number of staff the company employs across the Asia Pacific has doubled in the past 18 months to more than 200.

“In recent years Populous has delivered a 50,000-seat indoor arena in Manila, the National Olympic Speed Skating Oval in Beijing, and the world’s largest cricket stadium in Ahmedabad.” 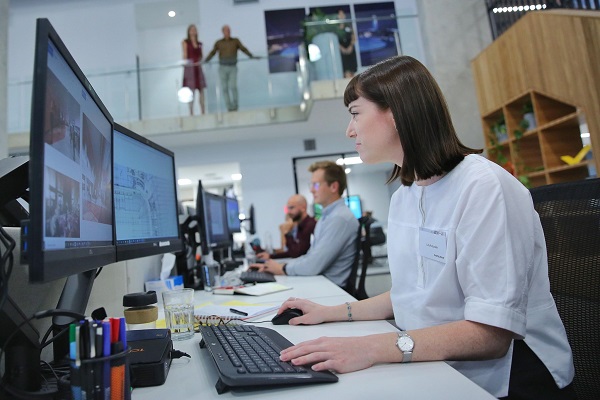 Currently the Populous team is working on the $5 billion Kai Tak Sports Park in Hong Kong.

Henry added "we have been growing our business from Brisbane for 20 years and we are very proud to take this step to recommit our Asian headquarters to Queensland.

“This is an exciting day for our staff and clients, and we are very much looking forward to continuing to collaborate across the globe as we have done well before COVID-19 on exciting projects that bring people together in moments of celebration.

“Everyone that has played a part in our success should be very proud as it is a story of hard work, vision and collaboration from people that love what they do and do it exceptionally well every day.”

Populous' links with Brisbane go back to the early 1990s when London-based LOBB Sports Architecture opened what was its second office in the city.

The move was inspired by Brisbane-born architect Rod Sheard who had joined Howard V Lobb and Partners in 1975. Sheard became a partner in 1981 and Chairman in 1993, and changed the name of the business.

Five years later the firm merged with HOK Sport, founded in 1983 as a division of the US-based HOK Group. Finally, in 2009, Populous was created through a management buyout, and now operates as an independently owned collective with more than 500 staff worldwide.