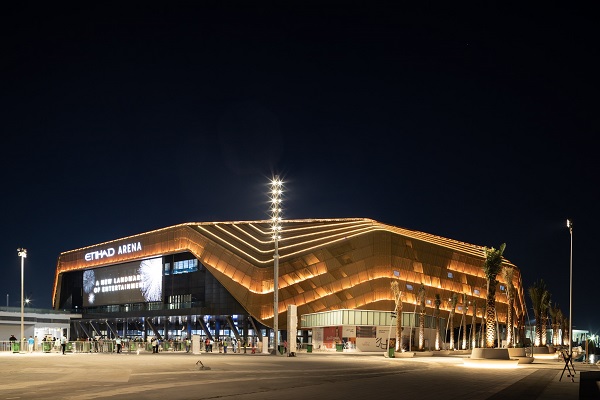 Abu Dhabi’s Etihad Arena has been confirmed as the host of two pre-season NBA games between the Atlanta Hawks and Milwaukee Bucks in October.

Marking the NBA’s first-ever fixtures in the Arabian Gulf, the games will take place at the 18,000-capacity venue on 6th and 8th October.

The games follow the NBA having signed, in November last year, a multi-year deal to stage games in Abu Dhabi from 2022. The venue, dates and teams were not revealed at the time but full details have now been confirmed today.

Earlier this year, the partnership between the NBA and Abu Dhabi’s Department of Culture and Tourism (DCT Abu Dhabi) saw the launch of the first Jr. NBA Abu Dhabi League, a youth basketball league for 450 boys and girls aged 11-14 from local schools.

Announcing the games, Ralph Rivera, NBA Europe and Middle East Managing Director, stated “bringing the Atlanta Hawks and the Milwaukee Bucks to Abu Dhabi in October is an important milestone in the NBA and basketball’s global growth.

“In addition to the games, we look forward to engaging fans through a variety of interactive events and giving back to the local community through NBA Cares initiatives and youth development clinics that will teach the sport and its values to young boys and girls.”

DCT Abu Dhabi Director General, Saleh Mohamed Al Geziry added “we are thrilled to be hosting the UAE’s first NBA games in Abu Dhabi and look forward to welcoming the Atlanta Hawks, the Milwaukee Bucks and basketball fans from across the world to discover this incredible city and experience our authentic Emirati culture for themselves.

“Basketball has the ability to unite communities, and the spirit of the game will be felt by players and visitors, both on and off the court. The unveiling of the NBA teams marks an important milestone in our wider partnership with this world-class sports organisation.”

In March, the NBA announced that it will head to Japan for two pre-season games in September and October, which will mark the league’s first fixtures outside of North America in more than two and a half years.

The Golden State Warriors and Washington Wizards will play two games at the Saitama Super Arena on 30th September and 2nd October.